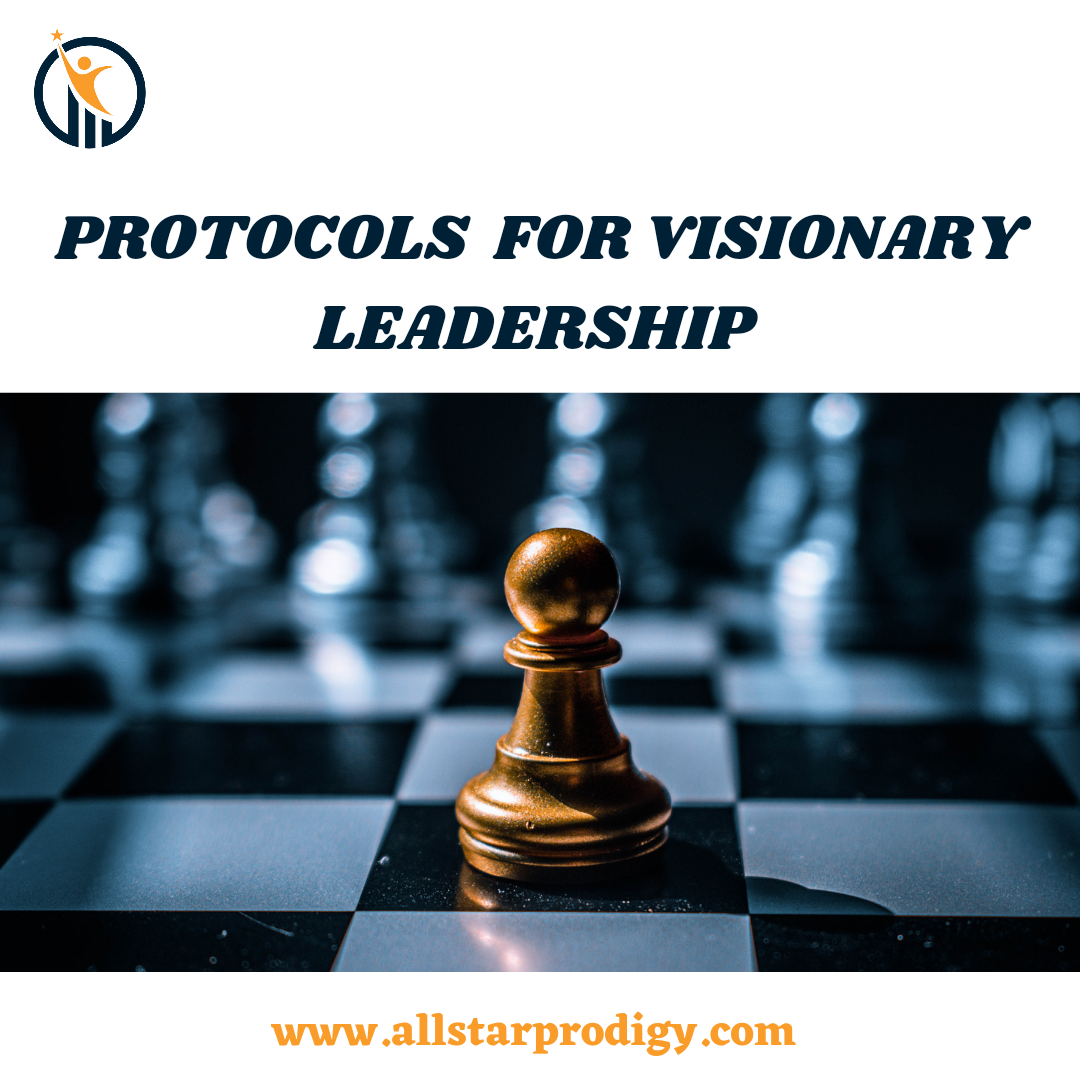 Leaders are born and Leaders can be made. Leadership is the ability to influence and guide. Here are Seven Protocols for Visionary Leadership.  1. SELF DISCOVERY For you to be a Visionary leadership, you must first become aware of your true potential, your character, motives, abilities etc. 2. PERSONAL MASTERY Personal Mastery is key in being a visionary leader h aving the right mental attitude to make decisions and take the right actions in your life. Personal Mastery enables you to learn, create a personal vision, and view the world differently i n alignment with your values and in a state of constant learning of yourself realistically. 3. COMPELLING VISION Visions are compelling and effective only if they are distinctive, engaging to employees or followers. A compelling vision is not about beating competition it's about being the best you can be. Make your vision clear and specific, able to move people to action and focus on key priorities. 4. ADAPTIVE RESILI
Post a Comment
Read more 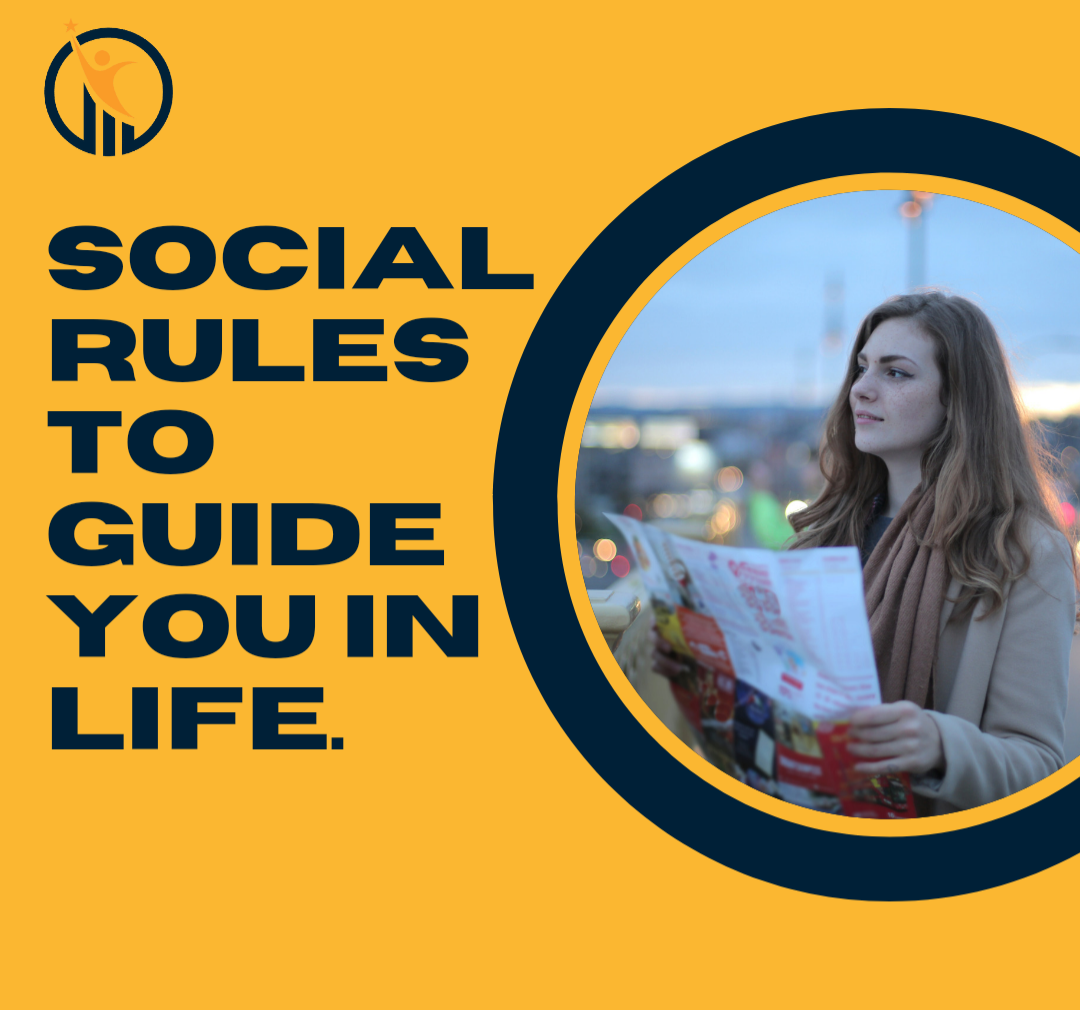 SOME SOCIAL RULES TO GUIDE Y OU IN LIFE:   1. Don’t call someone more than twice continuously. If they don’t pick up your call, presume they have something important they're attending to. 2. Return money that you have borrowed even before the person that borrowed you doesn't remember or ask for it. It shows your integrity and character. Same goes with other material items .   3. Never order the expensive dish on the menu when someone is giving you a lunch/dinner. 4. Don’t ask awkward questions like ‘Oh so you aren’t married yet?’ Or ‘Don’t you have kids’ or ‘Why didn’t you buy a house?’ Or why don't you buy a car? It isn’t your problem. 5. Always open the door for the person coming behind you. It doesn’t matter if it is a guy or a girl, senior or junior. You don’t grow small by treating someone well in public. 6. If you take a taxi with a friend and he/she pays now, try paying next time. 7. Respect different shades of opinions. Remember what's 6 to y
2 comments
Read more 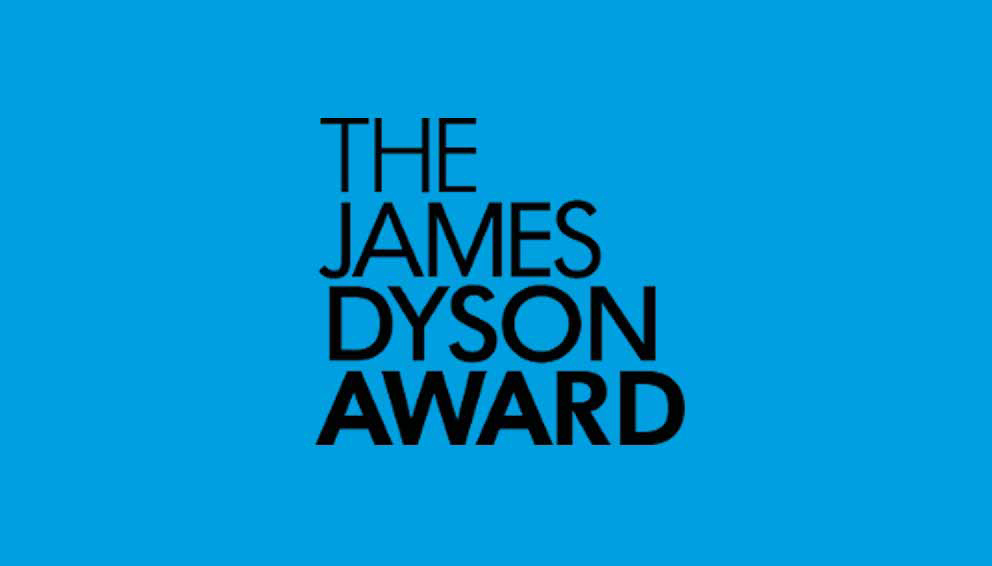 The James Dyson Award , an international student design award that encourages young people to "create something that tackles a problem," announced the winners for this year's competition today, November 17th, 2021. The award, which is usually given to just one student inventor, set a new milestone this year, with three winners following a record number of submissions. The designs that were found worthy of this prestigious award include a kit that allows people to test for glaucoma at home, REACT device (which stands for Rapid Emergency Actuating Tamponade) which aims to reduce catastrophic blood loss from a knife wound and a scanner that helps recycle plastic bottles.  Each award winner will get £30,000 in prize money (approximately 16.66 million Naira) as well as £5,000 (2.777 million Naira) for their university. Over 250 outstanding innovations from young engineers and scientists in 28 countries have received approximately $1.9 million in prize money from t
Post a Comment
Read more 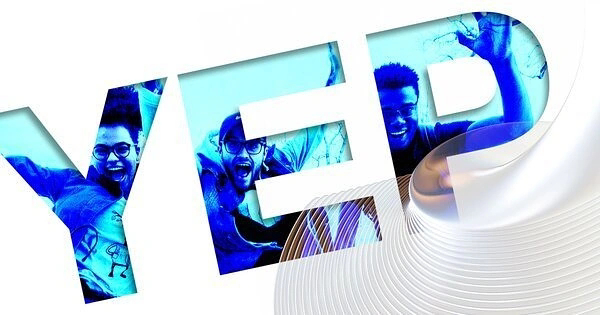 WIPO Young Experts Program 2022 for emerging Intellectual Property leaders (Funded to Geneva, Switzerland plus 5,000 CHF monthly stipend) WIPO’s Young Experts Program is a brand new initiative, aimed at forging the next generation of intellectual property leaders.  The two-year program hosted at WIPO is designed to expose young people with high potential, particularly from developing and least developed countries, as well as countries in transition, to the technical and policy aspects of IP.  The program aims to gear them up for leadership positions within the innovation and creative ecosystems of their home countries and regions.  YEP selectees will enjoy a wide-ranging and cohesive WIPO working experience, focused on on-the-job learning trough a rotational system for exposure to different sectors, focus areas and colleagues. The YEP will also include a structured program of mentoring for each Young Expert as well as regular networking opportunities with top and senior lea
Post a Comment
Read more 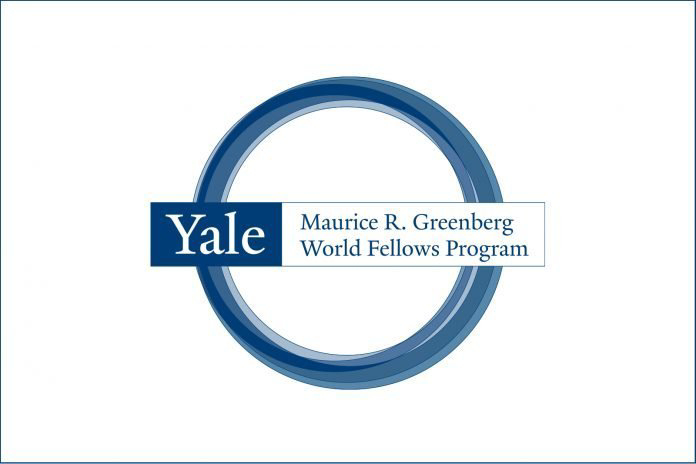 Yale Greenberg World Fellows Program 2022 for mid-career emerging Global Leaders  (Fully Funded to Yale University, USA) The Maurice R. Greenberg World Fellows Program is a four-month, full-time residential program based out of Yale’s Jackson Institute for Global Affairs. The Program runs annually from mid-August to mid-December. Application Requirements Applicants should be between five and twenty-five years into their professional careers, with demonstrated and significant accomplishments at a regional, national, or international level. The average age of a World Fellow is 39, though there is no minimum or maximum age limit. Applicants must be citizens of a country other than the United States. While applicants who hold dual citizenship with the United States are eligible, strong preference is given to candidates whose work is focused outside the United States. Applicants must be fluent in English. An excellent command of the English language is essential to successfully
Post a Comment
Read more 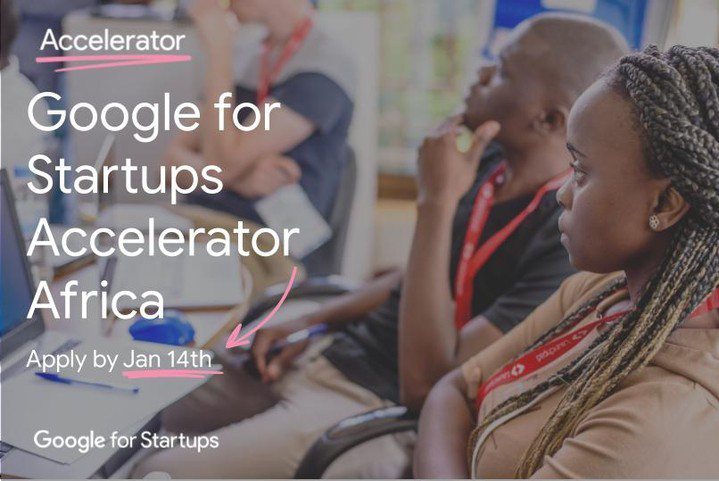 Google for Startups Accelerator Africa Program 2022 for Seed to Series A technology African Startups. Google for Startups Accelerator : Africa is a three-month accelerator program for Seed to Series A technology startups across the African continent. The accelerator is designed to bring the best of Google's programs, products, people and technology to startups that leverage machine learning and AI in their company today or plan to in the future. In addition to mentorship and technical project support, the accelerator also includes deep dives and workshops focused on product design, customer acquisition and leadership development for founders, specialized training, media opportunities and access to Google’s network of engineers and experts. Requirements Age technology startups are eligible for the program.  The Accelerator program is sector-agnostic and thus welcomes startups leveraging machine learning (or plan to in future) from any vertical. A three-month virtual acce
Post a Comment
Read more

THE NEW RULES OF MONEY 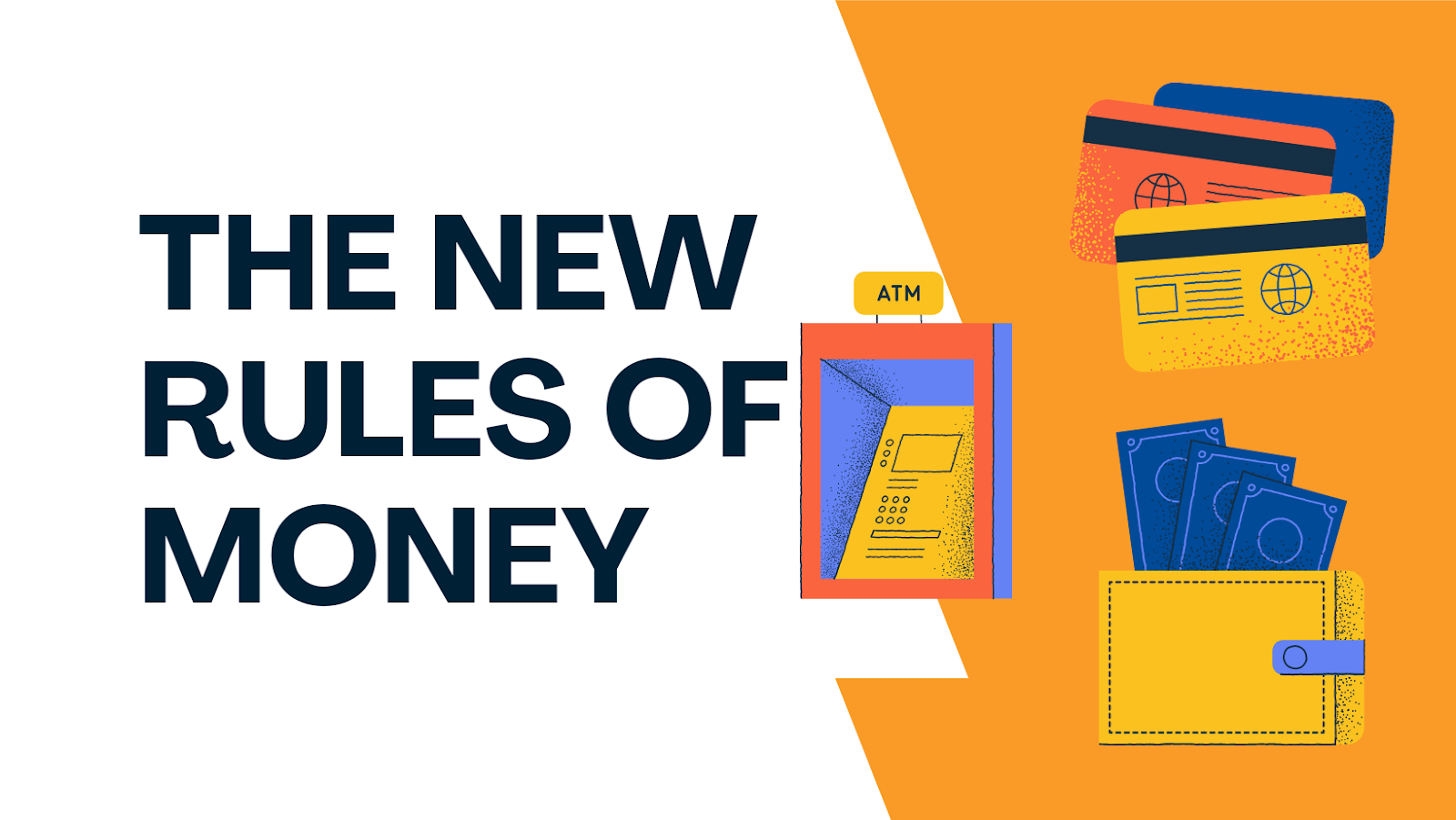 1. Knowledge is the real money (be informed). 2. Learn how to use debt ( a good debt is a leverage, a bad debt is a bondage. Learn to access funds. 3. Learn how to control and manage your cash flow (this begins with documentation) You must be able to document very income and expenditure. 4. If you prepare for hard times you would Always get good times. 5. There's a Need for speed and automation 6. Learn and understand the language of money. The language of Money is universal. 7. Life is a team sport, develop your team. Have a mentor and a life coach.  8. Learn how to print your own money by Coming up with your own product and services. Knowledge not applicable is not powerful
2 comments
Read more
More posts